There are all sorts of 'facts' out there with regards to how coffee affects your body. These range from the obvious and well-known - such as caffeine jolting you awake in the morning - to the more bizarre and curious - like how your morning 'mug of joe' stunts your growth. What is the real link between your morning cup of coffee and your health?  Some sources do their best to steer you away from your dose of AM caffeine, whereas others suggest that slurping on that energizing hot drink in the mornings can contribute to a healthy lifestyle.

MYTH. There has never been any conclusive evidence to support the notion that drinking lots of coffee stunts your growth, yet this myth continues to persist in social circles all over the world. Children generally don't develop a taste for coffee until teens, adolescence or adulthood, and given the fact that the average boy and girl tend to grow the most during the puberty age period of 9 to 14 - a time where it's unlikely that much caffeine will be consumed - it appears that common sense can help to dispel this myth of caffeine keeping the world short.

A tricky one. In general terms, this is actually a FACT given that the substance of caffeine is a diuretic - a type of food or drink that promotes the production of urine. The body's need to flush out high amounts of liquid waste at regular intervals can cause dehydration, but the extent to which coffee does reduce water levels in the body is actually highly debated. First, the fact that coffee is often ingested accompanied by hot water will naturally curb the effects of dehydration. Secondly, in small doses, coffee probably won't dehydrate you at all. There have been numerous conflicting studies regarding the issue, and as long as you drink water as you would ordinarily, there's no reason to be afraid of severe dehydration as a result of drinking your morning coffee.

Coffee Is Awful For Your Teeth?

Unfortunately, this is a FACT. Along with tobacco, caffeine is one of the worst substances you can swill around in your mouth, and heavy coffee drinkers may find themselves in the company of smokers in the cosmetic dentist's lounge due to brown stains on the surfaces of teeth. If you are suffering from marks on your enamel, your dentist will warn you to limit your caffeine intake, as it's not always practical to be able to scrub your teeth after every single cup of coffee that your drink. But there are other ways to help too. Drink a cup of water after your coffee if you can, as this will help wash away lingering caffeine, and chewing dentist-recommended gum can also help a lot. If you continue to suffer with stains, ask your dentist to recommend a toothpaste that might suit you. You're certainly not alone as a heavy coffee drinker, and there are plenty of products out there to help protect your teeth from the stains that caffeine can cause.

Coffee Sobers You Up?

MYTH. But it's easy to see how it's come about. The jolting nature of coffee - along with the fact that it is often synonymous with peace, quiet and a civilized environment - makes it an obvious go-to cure for someone who's had a little too much to drink. A heavily intoxicated individual is almost guaranteed to calm down a little when sat down with a hot cup of coffee, so it's unsurprising to see this link between sobriety and caffeine having emerged over the years. But as a substance itself, there is no scientific evidence to suggest that coffee even remotely sobers you up, with scientists suggesting plenty of water and a good night's sleep instead.

Coffee Is Extremely Bad For Your Brain And Mental Health?

MYTH. Whilst its nature as a stimulant can cause the brain to buzz a little more than it normally does, coffee consumers have actually been linked with developing higher IQ, having a lower risk of obtaining Parkinson's disease, and are also less likely to experience depression than those who avoid caffeine. That dose of daily coffee can give you much more than a simple kick in the morning, with some studies suggesting it can even lead to a decrease in likelihood of developing dementia in later life as well. There appears to very little evidence existing that coffee is bad for the brain, and seemingly much, much more offering the contrary opinion.

For more information, contact a company such as Coffee Tech. 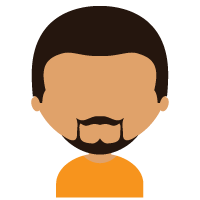 Yo! My name is Craig and in this blog, I plan to pass on my top tips to anyone who is thinking about giving their home and garden some love and attention. I will be the first to admit that in the past, I haven't always been as kind to my home and garden as I should have been. I used to throw wild parties and the place would get trashed. However, now that I am 32, I have decided I need to be more grown up about these things. I called in a team of contractors who really made the place look great. While they worked, I picked up some great ideas and advice.